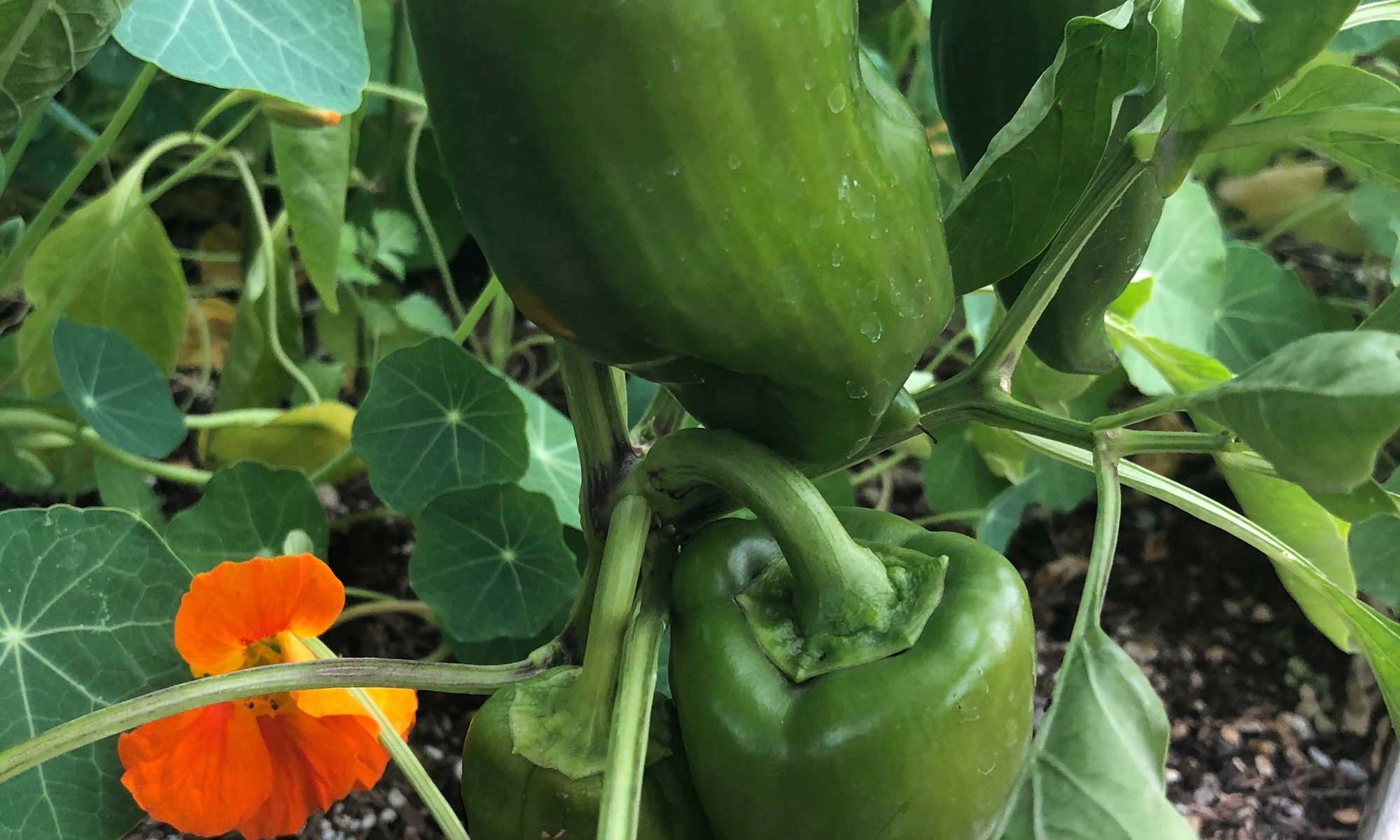 I mentioned in another post that I have a pepper plant named after me. Several years ago, I planted a pepper plant that yielded very sweet peppers. My friend Darrel is a master propagator so I gave him some seed I’d collected. And when I say seed, I actually mean two seeds. Honestly, it was a last-minute inspiration to keep the line going when I realized that he had the skills and I did not. I remember he looked at the seeds cupped in his hand and said, “No pressure.”

If you have ever started plants from seed, you know that 100% germination is unlikely. But Darrel has mad skills and an enviable light table for seed germination. This year marks the seventh generation of Jake’s Robust bell pepper. I hope that it will make its debut in my Olympia garden this spring after being carefully germinated on my less impressive but still enviable light table. Since Darrel gardens in Phoenix, he’s ahead of me on the seed starting and transplanting schedule and his peppers are setting fruit. That’s his photo.Yep, in January. Gotta love Phoenix. I hope to have a similar photo around June.

Today’s weather: it feels cold again today. It was in the upper 30s on the first dog walk. It rained a bit this morning but it looks like it will just be cloudy for the rest of the day. It was nice enough to hang out in the yard for a bit today.