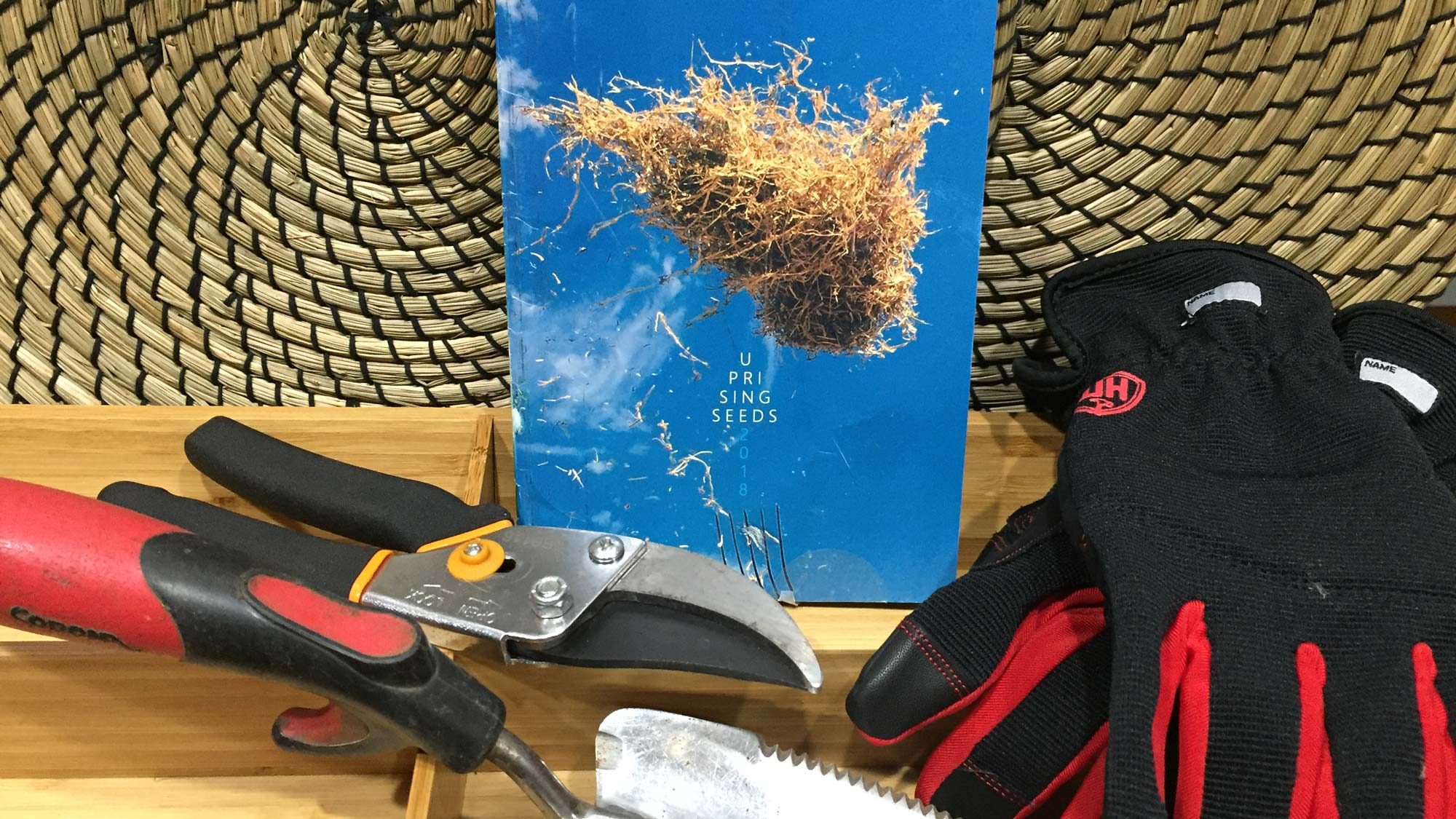 My Uprising Seeds catalog came in the mail yesterday. I didn’t know it was possible to be in love with a seed catalog — until now. Uprising Seeds is locally owned and operated in nearby Bellingham, Washington. One of the things that I don’t think I fully appreciated until I became dependent on open source software is the importance of open source anything, and that includes seeds. Open pollinated seeds contribute to plant diversity by encouraging seed saving and sharing. I never get tired of hearing the backstory on a seed’s origin. In the U.S. where most of us shop at grocery stores, it’s easy to believe that what’s in the grocery store is it, when in fact there is an unbelievable array of vegetables and fruits from all over the world. A lot of what is grown for the mass market is grown because it keeps well, ships easily, produces standard-sized fruit, etc. — not because it’s necessarily the best-tasting variety.

I already knew that I was missing out if I was only eating (or trying to grow) the standard American cucumber. But I didn’t know about Le Puy lentils. Then I read the entry for the Le Puy lentils in the Uprising Seed Catalog.

“It is indeed true that these were not grown in Le Puy en Velay, France where they have been grown for over 2,000 years. They were grown here people, which means you too can grow them! (You cannot hear this but I am shouting with excitement!)  Sown a bit earlier in the Spring and harvested several weeks earlier than our earliest dry bean, these began as an experiment and ended as an incredibly beautiful seed crop. A seed crop we are having a hard time not eating because we grew lentils!! Low growing (to perhaps 1’) slender plants with seed pods encasing 1-2 beans. Speckled blue/green little lentils which readily soak up all matter of deliciousness you may throw at them. Rich, nutty, and eminently satisfying.”

Now I have to grow lentils! I have no idea what that entails. And threshing? Never done it–it sounds painful doesn’t it? But I am going to use my grit and give it a try.

I am also going to try watermelon this year. Again, their ode to seeded watermelon made me question why seedless watermelon is so popular. Are watermelon seeds really that much of an inconvenience? Have we lost all sense of fun? So I am going to grow seeded watermelon, spit my seeds and revel in it. You should, too.

Uprising Seeds is online but there’s nothing better than the feel of a seed catalog in your hands.

Today’s weather: Rain, rain and more rain. When you have to change your clothes after a dog walk, that’s when you know it’s really coming down. About 44°F at 6 p.m.